About our area and living here

Hammersmith & Fulham is the 4th smallest London borough at 6.3 sq. miles. But it’s one of the best places in the capital to live and work.

H&F has something for everyone. Our borough boasts world-class venues for theatre, music and dance, including Lyric Hammersmith, Eventim Hammersmith Apollo, the O2 Shepherds Bush Empire, LAMDA, Under the Bridge and many more.

Across H&F, there is a vibrant and active social scene with a wide range of bars, pubs, award-winning restaurants and cinemas. Uniquely, our borough has three professional football clubs Chelsea, Fulham and Queens Park Rangers, and hosts the annual Queens Club tennis tournament and University Boat Race.

The keenest of shoppers will be in their element in H&F. We’re home to Westfield shopping centre, as well as two of London’s best-loved street markets – North End Road market and Shepherds Bush Market, offering anything from fabrics to fresh food.

Access to public transport is one of the most attractive features of working in H&F. The borough is served by five underground lines connecting it with Central London. Heathrow is only 30 mins west of Hammersmith and the West End is a short tube ride away.

Hammersmith is situated on key strategic road and rail routes between Central London and West London. The borough also has one of the highest rates of cycling within London, with a 60km long cycle network and over 1,000 cycle parking stands. 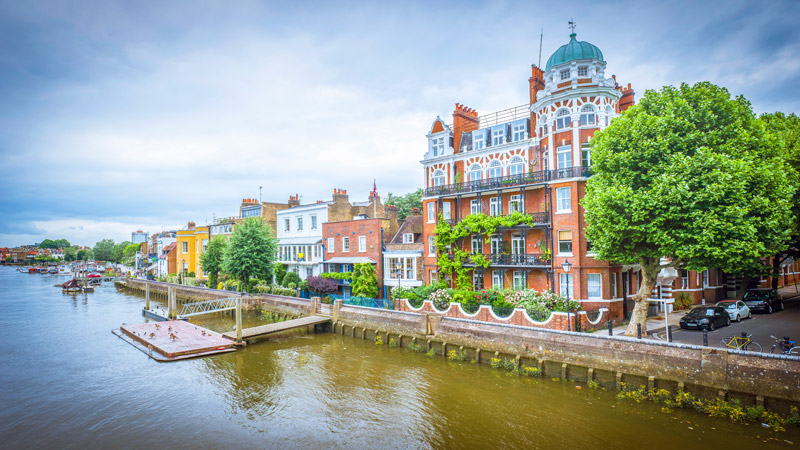 H&F has a quiet and relaxed feel despite its dynamism and proximity to the centre of London.

Ravenscourt Park, Bishops Park, Hurlingham Park, and Furnivall Gardens are all located within the borough. There’s also the attractive Thames-side cycle-route and pathways which run along the southern side of the borough.

The riverside is a peaceful, traffic-free refuge and one of London’s loveliest spots, with Georgian houses, boathouses, historic pubs, and the Hammersmith Bridge.

At Hammersmith & Fulham, we’re building shared prosperity across the borough. Driving this ambition is our first-of-its-kind industrial strategy, aiming to bring our residents the best jobs and start-up opportunities in the country. We’re using the power of local government to create a borough where every child is able to benefit from growth, and no-one is left behind.

At the heart of this ambition, is the borough’s thriving tech and creative start up scene, bolstered by the new partnership with Imperial College London. The university’s expansion in White City has contributed to its regeneration, as the area is transformed into an innovation district that benefits local residents and businesses. Our partnership is designed to harness business innovation and creativity and turn this into careers for our young people. Recently, Westfield in Shepherds Bush was extended, making it the largest shopping centre in Europe and bringing thousands of job opportunities for local people. The BBC television centre across the road has also been transformed into new homes, offices, television studios, restaurants and more.

Our West King Street regeneration scheme includes regenerating Hammersmith Town Hall and transforming it into a hub for the whole community. It involves the restoration of the listed town hall building, a new cinema, plus cafes, shops, restaurants, and a new public square. There will also be 204 new homes, a new rooftop bar, art and events space and affordable and flexible start-up workspaces. H&F is on the up. We are here to make sure all our residents benefit, especially our younger generation.

In February 2018, the borough unveiled ambitious new plans to tackle the borough’s lack of affordable homes within the council’s new ‘Local Plan’. It sets out our vision for the borough to 2035. Specifically, it includes the target of at least 50 per cent of all new homes being genuinely affordable.

The council has also pledged to build 19,800 new homes – particularly family and genuinely affordable homes to buy or rent, which meet the needs of local people.

“Increasing our supply of genuinely affordable homes is a challenge which we will not shy away from. We care about our residents and want them to be able to afford to stay in the borough. That’s why it is our vision for the future that no one is left behind during this period of strong economic growth in H&F.” - Cllr Andrew Jones, H&F Cabinet Member for Economic Development and Regeneration.

Our ambition is to create prosperity that everyone can share in, so that no-one is priced out of the borough or left behind.

The range of housing products available are:

More information on the different products we offer.